Branson Bulls XC Back on the Run 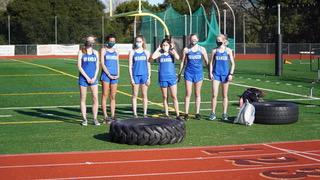 The Branson cross country team was thrilled to take to the field in the sunshine Saturday morning, March 6 at Novato High School for their first meet of the year. Novato graciously hosted the team at their beautiful facility and the runners were ready. Coach Will Kennedy prepared the team well.

The Branson Girls led off with a team of six runners. The course included two trips around the track and another two around the school for a 2.3-mile course. Junior Sage Sanderson (14:26.2) and Senior Caitlin Evers (14:29.6) led the day with the first two finishes followed by a Novato runner. Molly Biggs (15:55.4) followed along with Alexa Polsky, Katya Crawford and Ellie Jones. The girls team won the meet. 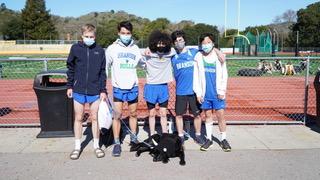 The Boys runners were next up and again took the early lead. Freshman Oliver Goldman (13:00.0) placed an easy first with his time. A Novato runner followed and a strong performance by Sophomore Max Gutierrez (13:27.7) rounded out third place. Andrew Kirz, Andrew Peng and Will Symonds also had strong performances. Though they captured first and third, the Branson boys lost to Novato.

Parents, masked-up and distanced, commented on how special it was to be out cheering for all the runners, the first time in a long time for many of them. 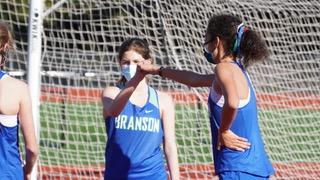 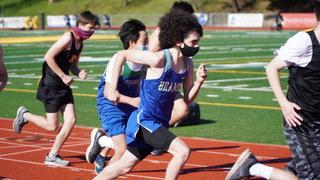