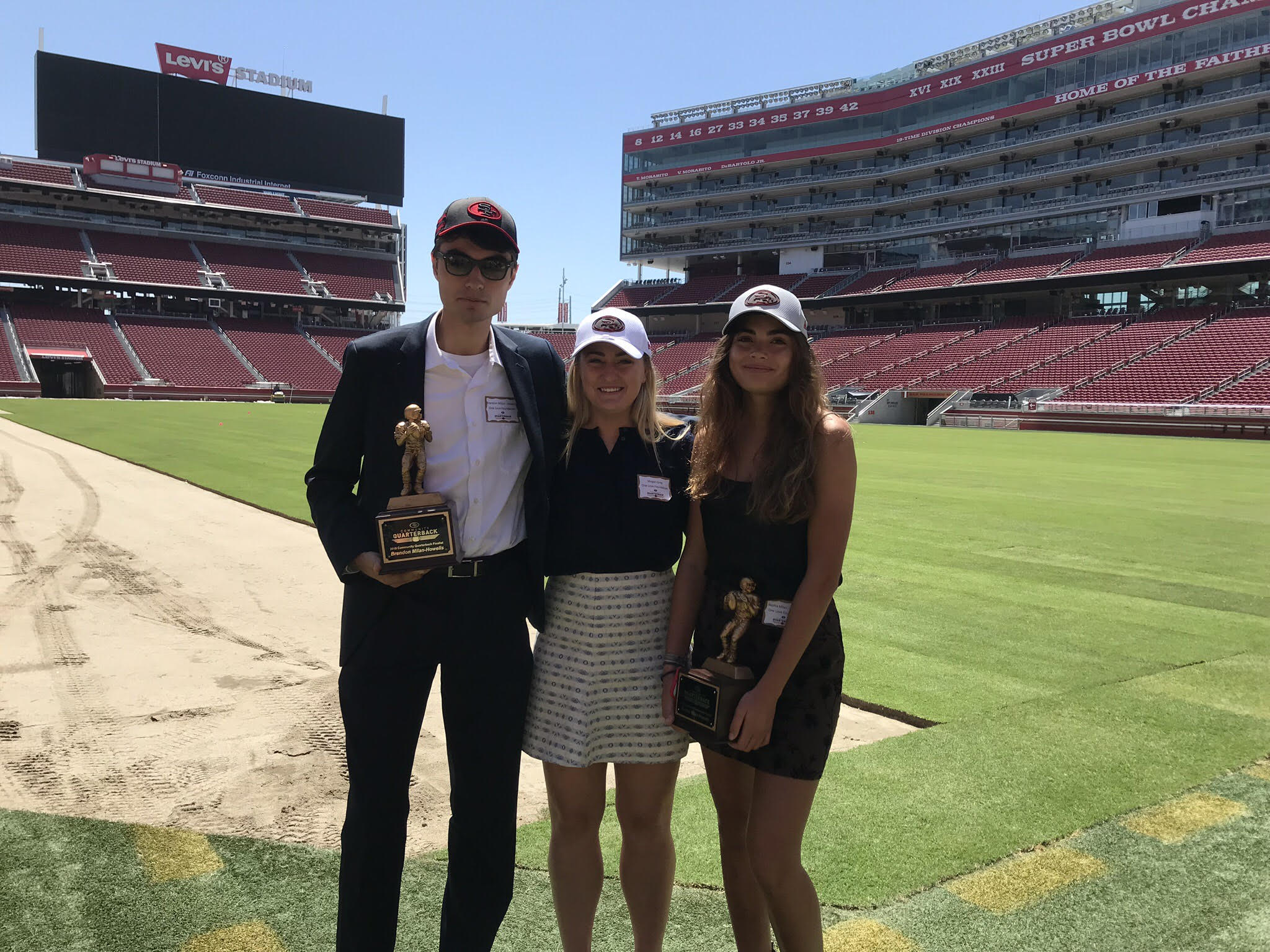 The San Francisco 49ers recently recognized Branson students Brendon '20 and Sophia Milan-Howells '21 for their contributions to the community. The young filmmakers were named Community Quarterback finalists by the team for their short film, “Amor del Bueno” (Real Love), which encourages healthy relationships.

The brother-sister duo were invited to meet 49ers legend Jerry Rice on the field during the Pittsburgh Steelers' visit to the Bay Area.

In addition to being commended by the the NFL franchise, the film has also been added to the Official Selection List at the All-American High School Film Festival (AAHSFF). It will be screened at the festival on Oct 13th at the AMC theater in Time Square, NY.

Brendon and Sophia made the film for the One Love Foundation, as part of the organization's nationwide educational program on toxic relationships.

"Amor del Beuno" will be screened at Branson on Saturday, Oct 5 at 4:00 pm in the Jewett Theater. All members of the Branson community are invited to attend.