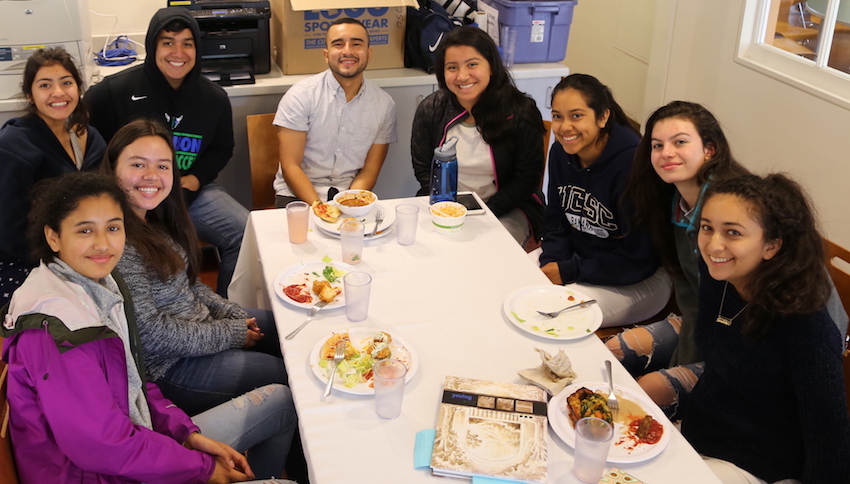 We were thrilled to have award-winning poet and alumnus Javier Zamora '08 return to campus on December 8. He joined Livingston Miller's American Lit IV Honors class, where they discussed his poem June 10, 1999 . He then spoke at Assembly before joining members of the Spanish for Native Speakers classes for lunch.

Javier's book of poetry, Unaccompanied, was reviewed in the San Francisco Chronicle. He was the subject of Jonathan Blitzer's article in The New Yorker on September 19.

Javier, who recently won the 2017 Narrative Prize, is a 2016-2018 Wallace Stegner Fellow at Stanford University and is a 2016 Ruth Lilly/Dorothy Sargent Rosenberg Poetry Fellow. He holds fellowships from CantoMundo, Colgate University (Olive B. O'Connor), MacDowell, Macondo, the National Endowment for the Arts, and Yaddo. In 2016, Barnes and Noble granted him the Writers for Writers Award for his work in the Undocupoets Campaign.