Inspiration from a Future Olympian 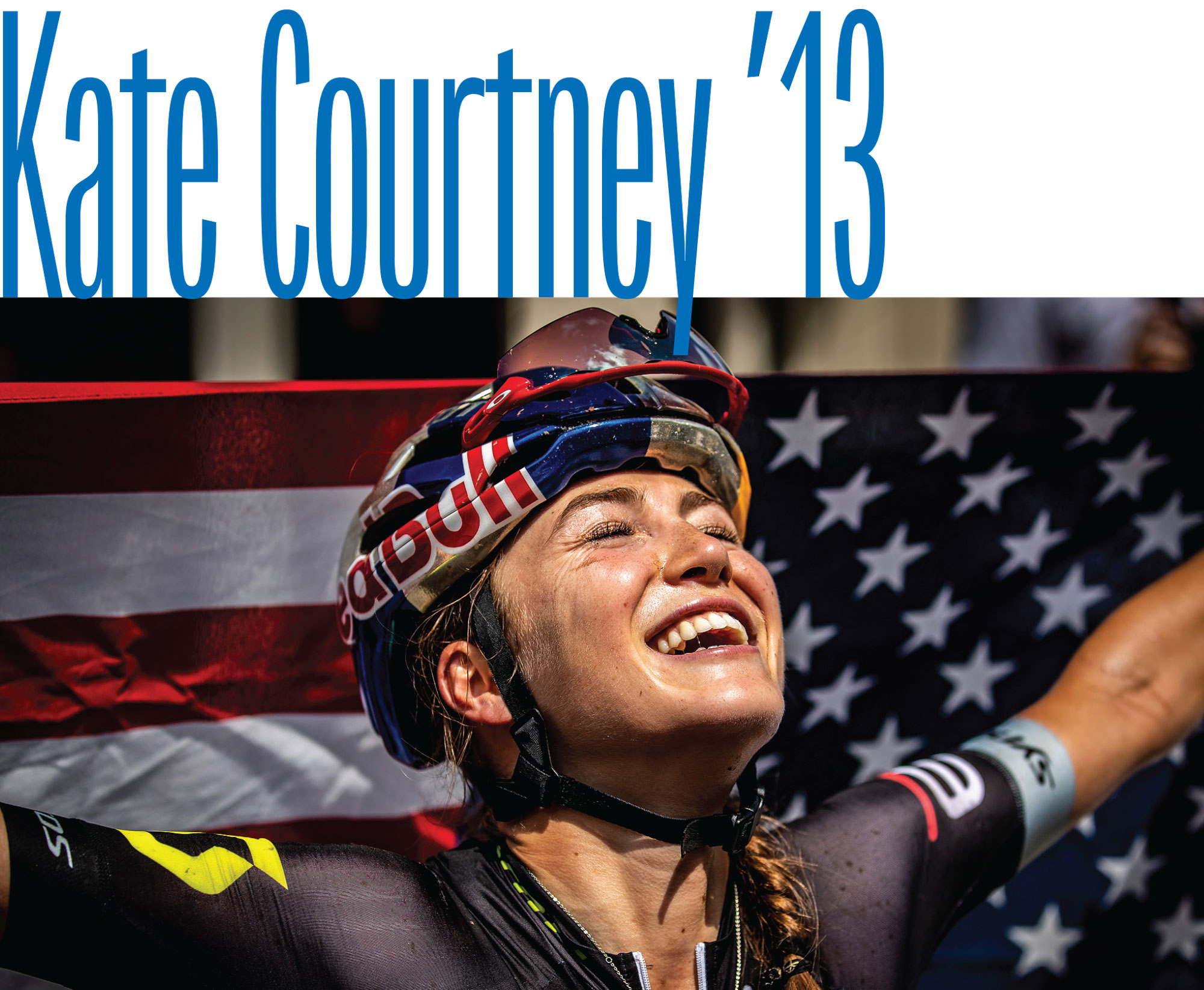 It’s difficult for World Champion Kate Courtney ’13 to slow down. So even with her Mountain Bike Racing Olympic dreams on hold due to a pandemic-postponed Games, she continues to rigorously train for what is now slated as Tokyo 2021. And she continues to inspire with her words. As she wrote in an empathic and uplifting piece for The Wall Street Journal, “Everyone is grieving something: the loss of a job, a loved one, or a dream.... for now, my only solid plan is to look inward, keep my head down, and focus on taking the next right step. I have to keep believing that, on the other side, I will stand on that Olympic start line. Hope and heartbreak can live side by side.”

Branson was very fortunate to hear some of those inspiring words as Kate joined Head of School Chris Mazzola and another Branson Champion, Olympic Gold Medalist and Distinguished Alumnus Jonny Moseley ’93, for a conversation this May. Jonny and Kate talked about where it all began — biking with her dad in the Marin hills around her house. Kate described her dad as someone who “loved being outdoors, skiing, riding his bike...he wanted to be able to do those things with his kids and for me it was an opportunity to do something with my dad.”

But it wasn’t until she was running on Branson’s cross country team and looking for a way to cross-train that she joined Branson’s mountain biking team. She recalled that after her very first mountain bike race with Branson (which she won), she was hooked; she told her mom, “I’m never running again.”

As Jonny pointed out, Kate has a history of being the underdog and coming out on top. In light of this, Jonny asked Kate what she views as her competitive advantage.

She replied: “Consistency. For the past 10 years, I’ve had similar changes in my power numbers every single year. I’ve gotten better by almost the same amount. And what separates you at the top level is that you have the ability to get better. The advantage has been using data, training consistently, having a great team around me, and just working at it consistently. And part of that is that I picked a really fun sport – I love riding my bike; you don’t have to twist my arm to do it. And I think when you commit to that over a long period of time, those little advancements make big changes.”

While Jonny and Kate also discussed the pressure that comes with success, Kate says, “there’s no one on my team that can make me want to win more than I already do myself.” After so many wins in the last couple years, Kate has learned to turn that outside pressure into fuel and to trust her process. Ultimately she says, it’s about “giving yourself the chance.”

Jonny and Kate also discussed the continued stress of COVID-19 for an athlete and its particular implications for Kate’s dreams of an Olympic medal. While Kate emphasized the enormous impact this pandemic has had on everyone and her gratitude for having food on the table, she also acknowledged that it was important for her to “let herself grieve” the postponement of the Olympics. It was not easy to accept that it would be another year before she could compete. After her “wallow week,” as she put it, she gave herself a deadline and said, “on Monday, we go back to work.”

With everything going on, Kate has stayed true to her ever-positive, always-determined attitude. “The idea that I could be a better athlete — and a more resilient person — when I line up in Tokyo next year, that’s really exciting to me,” she says.