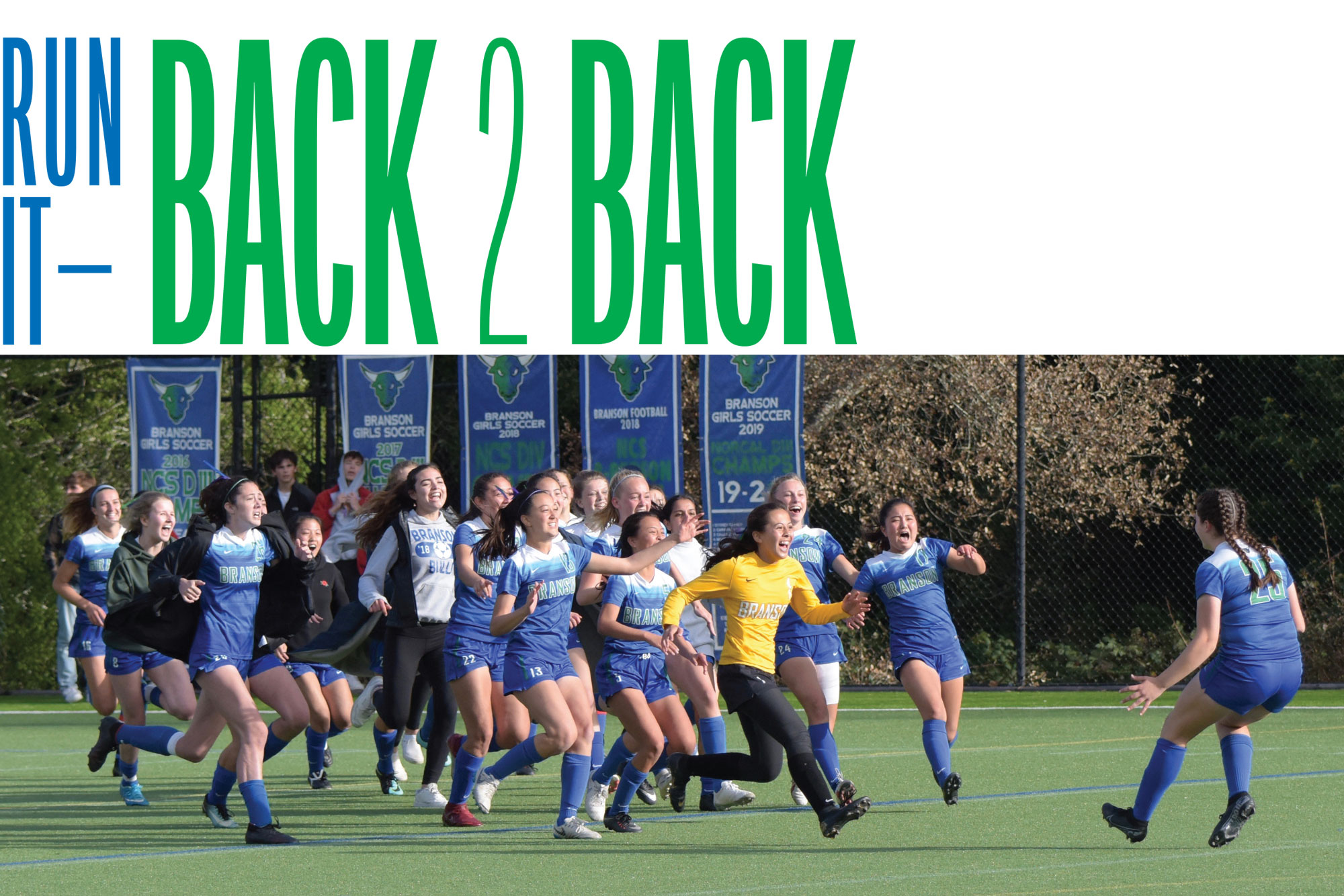 The girls soccer team continued their storied dominance this past season, defeating rival Marin Academy in PKs to be crowned NorCal Champs for a second straight year (this time in Division 4). Head Coach Tyler Gottschalk earned his 100th Branson victory, while the Bulls also finished as runners up in Division 3 of the North Coast Section (NCS).

For the second time in three years, Branson was awarded the NCS “Elmer Brown Award of Excellence.” This annual award honors the school that has the greatest overall success through athletic and scholastic achievement, while demonstrating exceptional sportsmanship, in the NCS Championships and Scholastic Awards Program. Branson accumulated the highest point total out of 179 participating schools. 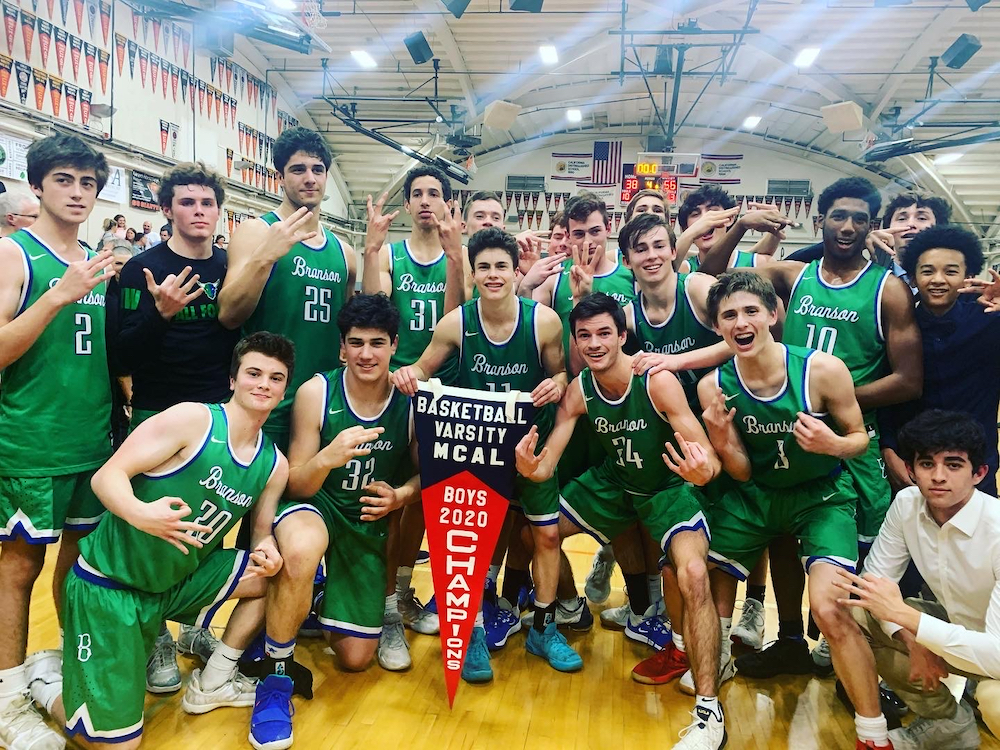 The boys basketball team, coming off of a tremendous previous season, had another 30 win campaign! They made it three-in-a-row for MCAL Championships, avenging an earlier loss to Marin Catholic on their way to the title. 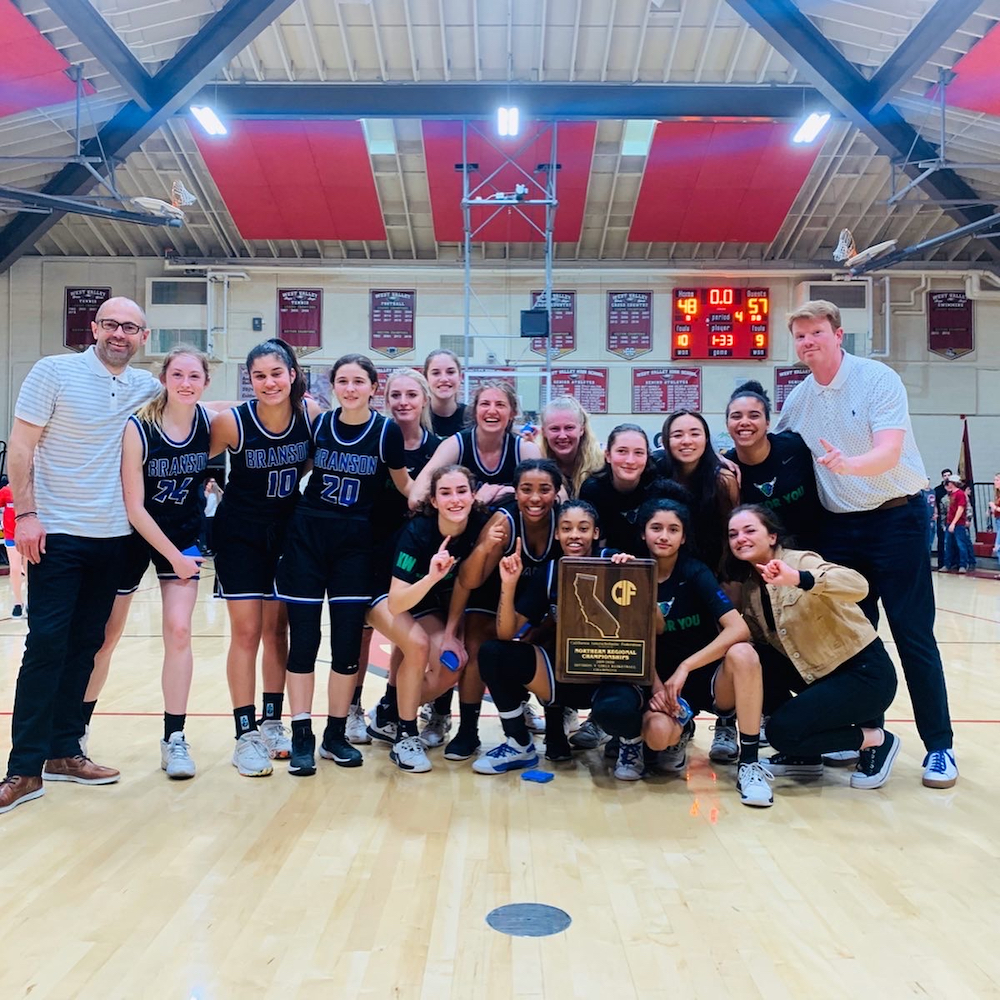 The girls basketball team completed an amazing season! The Bulls won 25 games and their first Division 5 NorCal Championship in a decade. They were on their way to the state finals, when unfortunately the games had to be cancelled because of the COVID-19 pandemic.

After completing a highly competitive league season, the boys soccer team made an incredible run through the Division 4 NCS Tournament, falling to the eventual champion in the quarterfinals. 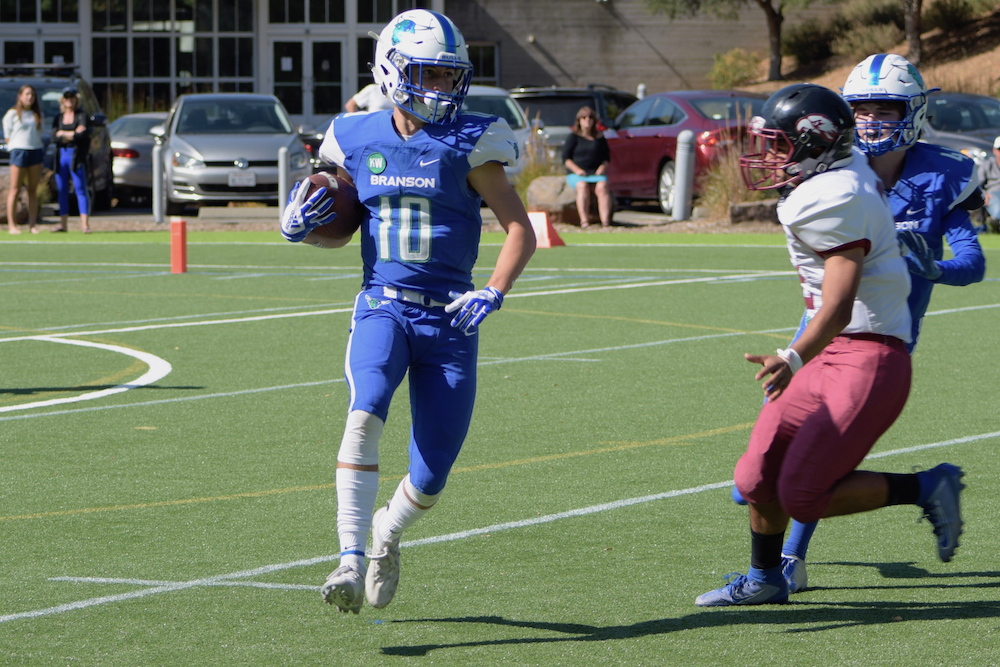 The Bulls enjoyed another stellar season, going undefeated in league play, claiming a league championship, and making it all the way to the NCS Final for the second year in a row.

The Branson girls finished 3rd in the MCAL, with Caitlin Evers and Sage Sanderson speeding to first-team All-League honors. Sage qualified for the Division 5 State Meet at the NCS Championship, placing just outside the top-50 at the meet in Fresno, CA.

The girls golf team added a seventh member to their growing squad, and recorded three wins in their final four matches. Outstanding performer Kylie Kariotis qualified for both the MCAL and NCS Division 2 tournaments. 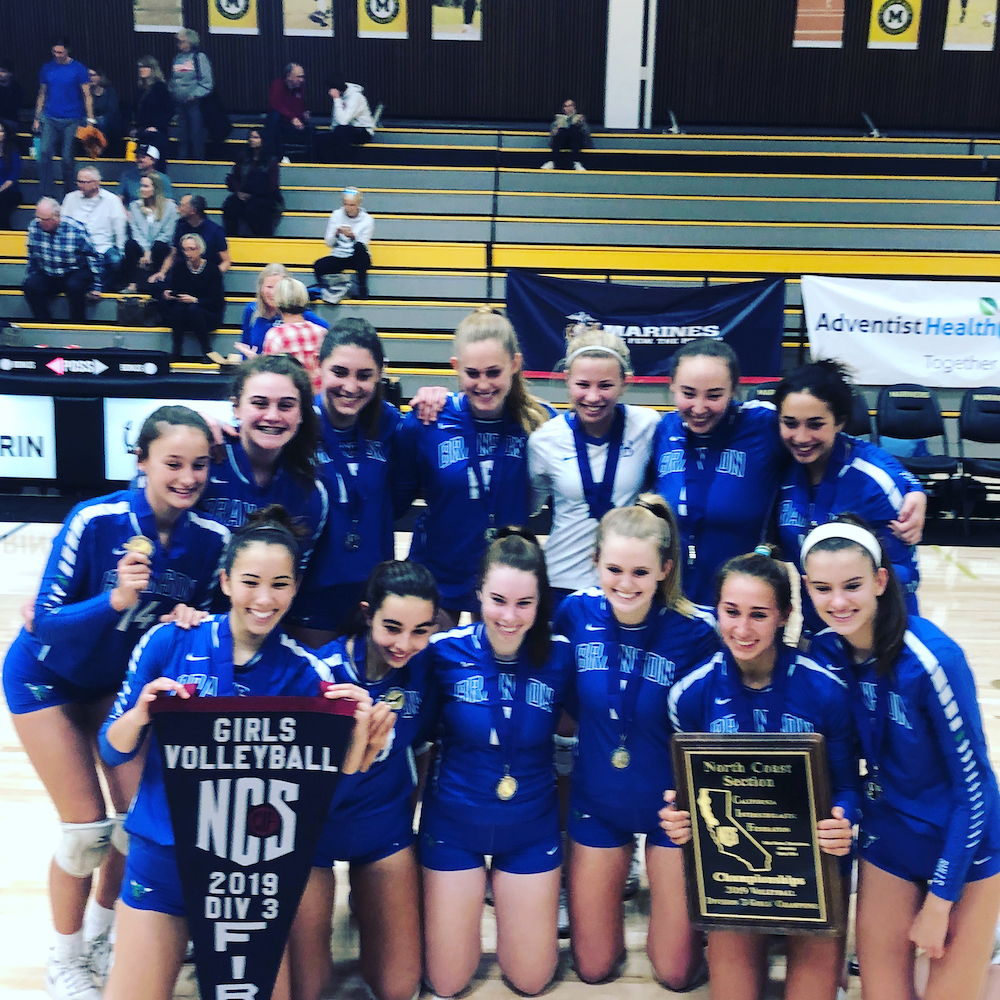 The girls volleyball team was again crowned NCS Champions, their tenth title in eleven years, but this time in Division 3. The Bulls were moved up to Division 2 for the NorCal Finals tournament, making it all the way to the semi-finals.

On behalf of the entire Athletic Department, we want to thank and recognize the student athletes and coaches who participated in the 2020 Spring sports season. Although the Spring season was cut short due to the COVID-19 pandemic, your willingness to utilize virtual methods to maintain the spirit of “team” at the heart of our programs was incredible to watch.