For 100 years, The Branson School has prepared young people for lives of consequence. In 2020, we come together as a community to celebrate the successes of our first century and to look ahead to our second – guided by our mission, values, and the vision articulated in the Strategic Plan.

We invite you to join in us as we celebrate our Centennial throughout this year. Reconnect with Branson, reminisce, meet our amazing students, and – most importantly – enjoy!

Our Centennial year celebration launched with a special Assembly for current Branson students, faculty, staff, and trustees. The program included remarks by Chris Mazzola, reminiscences by alumnae Sally Grover Bingham '59 and Robyn Sue Fisher '97, a historical retrospective in photos, the introduction of 100 Acts of Branson, and a new "Centennial Crisp" ice cream flavor created for Branson by Smitten Ice Cream, Fisher's company. The finale was a boisterous singing of "Happy Birthday to Branson" by the whole assembly as hundreds of balloons cascaded down from above.

What are the things that truly make Branson Branson? 100 Acts of Branson is a curated collection of 100 crowd-sourced images and vignettes that we're collecting throughout the year and posting on Instagram. They're points of pride, reflecting Branson’s mission and values, and unique to our school and community. See our tagboard and follow us on Instagram.

Alumni and alumni parents, support 100 years of Branson faculty with our annual Day of Giving. Help us reach our goal of 10 alumni donors per class. Make a gift today.

Experience Q Ball, the eye-opening, inspirational documentary about the San Quentin Prison basketball squad—teammates and inmates at “the Q”— and their road toward rehabilitation and possible redemption. The panel discussion of the film will include the film's editor Mike Long ‘92, Head of School Chris Mazzola, and former San Quentin inmates Antwan “Banks” Williams and Eric “Maserati E” Abercrombie.

April 28 – Julia Flynn Siler ‘78, author of The White Devil’s Daughters
in conversation with Jeff Symonds, Director of Teaching and Learning

The White Devil’s Daughters is a revelatory history of the trafficking of young Asian girls that flourished in San Francisco during the first hundred years of Chinese immigration (1848-1943). It offers an in-depth look at the “safe house” that became a refuge for those seeking their freedom. The book will be available for purchase at the event, or at Book Passage in Corte Madera.

R. David Edelman is an American policymaker and academic who currently directs the Project on Technology, the Economy, and National Security at the Massachusetts Institute of Technology. Previously, he served as Special Assistant to President Barack Obama on issues of the digital economy and national security.

We’re pleased to welcome distinguished alumni artists and performers back to Branson throughout the year to share their talents with our students. Artists will be added to this list as they are announced.

See the work of Branson alumni artists in the New House Gallery during the month of September. Meet the artists at a special reception during the September 11-12 weekend. Details will be announced soon.

Whether you were here in 1920 or 2020, we're all connected to Branson and to each other through our shared experiences. Come back to Branson for Centennial Weekend and reconnect with classmates, faculty, and our beautiful campus through our community-wide celebration, class-specific reunions for years ending in 0 and 5, and more. Join us.

Come back to the beautiful Branson campus and toast our first 100 years. Please join us for an evening under the stars, with wonderful food, cocktails, and music at our Centennial Celebration, on Saturday, September 12. We welcome ALL former students, current and former parents, trustees, faculty, and staff members  to come and re-connect, celebrate our shared history, and officially embark on our second century together. It promises to be a memorable evening! Additional details are coming soon.

Honoring the early Branson tradition of Play Week, our Centennial Celebration closes with the world premiere of a brand new play – curated by Maura Vaughn, written by our talented Branson community members, and performed by Branson actors. Modeled on “The Dining Room,” this new work gives a fresh retelling of Branson history and unique Branson experiences. Past, present, and future intersect as history comes to life on stage. Join us in the journey of bringing this new work to life.

The Katharine Branson School (KBS) officially opened with 54 students in September of 1920.

The Branson School: The First 100 Years 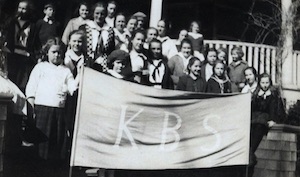 History comes to life in a digital timeline with milestones from Branson's first 100 years. View the timeline. 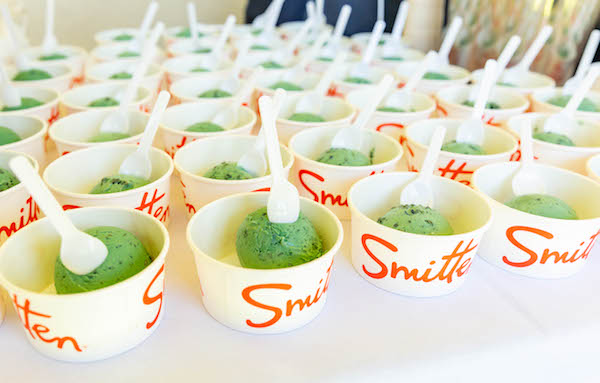 No birthday celebration would be complete without ice cream, and our frosty Centennial treat was created by Smitten in Branson blue & green!

Through the Arches: A History of Branson 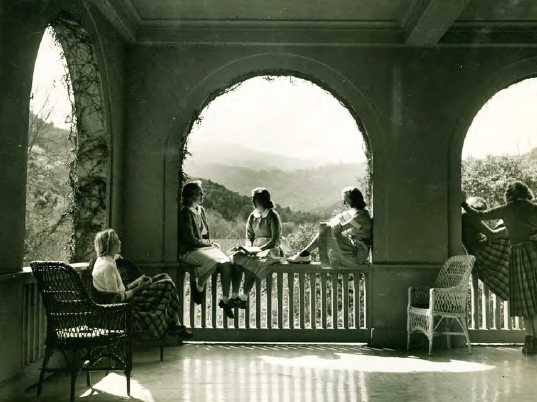 A new book commemorating Branson's 100-year history will be released later this year. 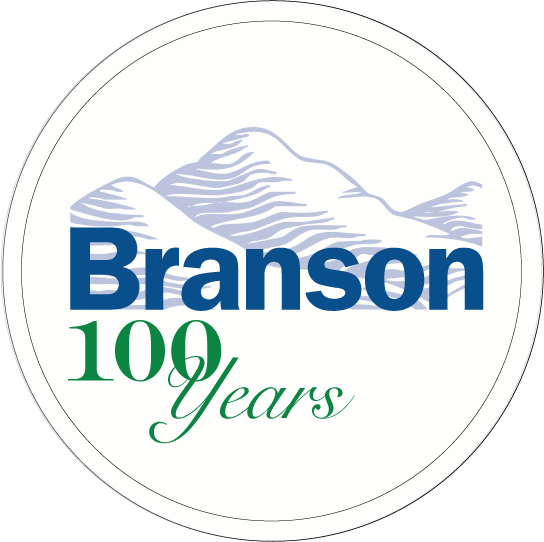 Branson’s Centennial logo celebrates the first 100 years of our history.

New event information, articles, and photos will be added to this page throughout the year, so check back often for updates.